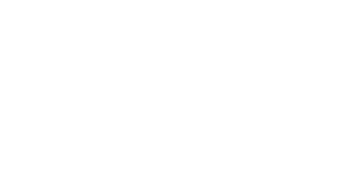 Raspberry ketones are a popular supplement for weight loss. The claim is that they cause fat in the body’s cells to break down more efficiently, helping your body burn fat faster. They also purportedly increase adiponectin, a hormone that aids in regulating metabolism. But do they really work? In this blog post, we evaluate what the research says.

What Are Raspberry Ketones?

Raspberry ketones give red raspberries their strong, delicious aroma, and they’re also found in smaller amounts in some other fruits, including blackberries, kiwis, and cranberries. Raspberry ketones have been used for many years in cosmetics, and they’re used as a flavoring agent in a variety of foods as well.

How Do Raspberry Ketones Work?

In a test-tube study of fat cells in mice, raspberry ketones were shown to increase the breakdown of fat by making the fat cells more sensitive to norepinephrine, a fat-burning hormone. The ketones also increased amounts of the hormone adiponectin, which may play a role in regulating metabolism and blood glucose levels.

Adiponectin occurs in far higher levels in people of normal weight, and levels increase with weight loss. Research shows that people who have low levels of this hormone have a higher risk of developing obesity, fatty liver disease, type 2 diabetes, and heart disease.

What Studies Say About Raspberry Ketones

Another study, published in the Journal of Medicinal Food, found that 40 rats who were fed raspberry ketones were better protected against fatty liver disease, and their adiponectin levels were increased. Researchers believe that raspberry ketones have a dual effect of protecting the liver and reducing fat in the liver.

The Bottom Line on Raspberry Ketones

Animal studies of Raspberry Ketones show promising results. When they’re taken as part of an overall healthy lifestyle, that includes a nutritious diet and regular exercise, raspberry ketones may boost your fat burning and rev up your metabolism for more efficient weight loss and a reduced risk of fatty liver disease, diabetes, and other diseases.